Top Posters In This Topic

Later this Summer I'm going to be learning my way through. I'd figured on making a tuning thread so members of various experience levels could hop in and help / get help on the topic.

I order a nice set of valve seals and then when I drop heads off I hand them to them. I say they came with my gasket set so we may as well use them. That way I know the valve seals are a quality brand 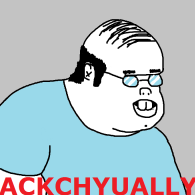 Diablosports aren't tuning suites, they just dump someone else's canned tune onto your car.    All the big vendors, ZZP, INTENSE, Milzy, etc will generally do tweaks to fit your needs, but I cannot